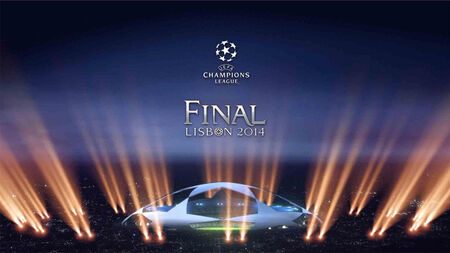 That's the question and we'll know the answer Saturday. The special thing this year is that it'll be a derby aswell. Real and Atlético come both from Madrid. This also means we already know a Spanish club is going to win the cup this year.

Spanish clubs are doing very well in Europe this year. Sevilla has won the Europa League this year. They defeated Benfica in the final.

Which club will win the cup in your opinion? And which player will be the man of the match? Let us know in the comments!

Retrieved from "https://football.fandom.com/wiki/User_blog:2Actimv/Which_club_will_win_the_Champions_League%3F?oldid=21905"
Community content is available under CC-BY-SA unless otherwise noted.