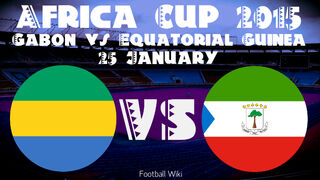 The question above is the most important one of today I think. Will Gabon go to the next round or still Equatorial Guinea?

Currently Congo is leading in the group with 4 points and when they get at least one point in the match against Burkina Faso they're already qualified. But when Burkina Faso can win they will have 4 points as well and they it's going to be interesting. Gabon currently has 3 points and Equatorial Guinea 2. When these two teams will both get one point Gabon also has 4 points, so then the goal difference will make the difference for the countries. However when either Gabon or Equatorial Guinea will win, the winning team is guaranteed a place in the next phase. 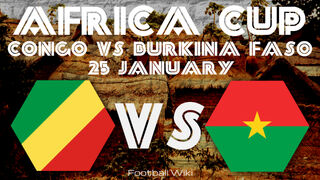 So far Gabon has only won one and lost one match. They were able to beat Burkina Faso with 2-0, but they lost the game against Congo that won with 1-0. Gabon is of course the absolute favourite to win the match against Equatorial Guinea, so that gives a lot of pressure on the team.

Equatorial Guinea hasn't lost a match so far, but they also hasn't won one. One point is not enough to reach the next round and that's what the country wants of course. They're the host of the tournament so they want to show they can football in their own country of course.

It's going to be an interesting night today. All countries of the group can still qualify for the next round so these matches will make the difference.

Go to the Africa Cup Hub for more about this amazing event.

Retrieved from "https://football.fandom.com/wiki/User_blog:2Actimv/Gabon_or_Equatorial_Guinea%3F?oldid=108119"
Community content is available under CC-BY-SA unless otherwise noted.