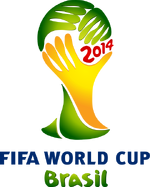 The FIFA World Cup will begin soon (June the 12th, today) so we're going to predict which players will shine on the tournament. But also which players won't fulfill the expectations?

Brazil is one of the teams major favorites to  win the World Cup this time, considering the fact that they are the hosts of the tournament. With many star players like Neymar, Hulk and Thiago Silva, Brazil has some of the best players of the tournament. We think Neymar will shine on this World Cup, his season at FC Barcelona wasn't that great, however. But since the world cup will be organized in Brazil, all people support him which will give him extra confidence. Thiago Silva will close everything in defense with David Luiz, so that no player can shoot on the Brazilian goal.

Spain have many good players. The coach, Vicente del Bosque, has enough options to choose. Many coaches would want Andrés Iniesta, Xavi and Sergio Ramos in their national team. They always give a perfect pass in the direction of the attackers. Sergio Ramos is therefore to stop the attackers of countries like The Netherlands, Chile and Australia in the groupsfase and the other teams in the playoffs if they reach that.

Argentina have one of the best players of the world currently: Lionel Messi. Of course he want to lead Argentina to the cup together with players like Sergio Agüero and Ángel di María]. These players will surely be important for the country to win matches on the road to the world cup.

Italy has a team without big weaknesses. In the defending they have players like Giorgio Chiellini and Leonardo Bonucci. Two players who currently play at the club Juventus F.C.. As midfielders they have for example Andrea Pirlo. He always give perfect passes to the other players. But Italy also has Mario Balotelli; a striker with much strength and a powerful shot.

France failed on the 2010 FIFA World Cup, but this time they want to take revenge for that tournament. France has some top players like Franck Ribéry, Karim Benzema and Hugo Lloris. Franck Ribéry is the man of the creative actions and passes and Benzema has to make the goals for France. In the goal France have a keeper of top quality: Lloris. We think these players will help France to go to the playoffs.

Also England is present on the world cup this year. They have star players like Wayne Rooney and Steven Gerrard on the field. Wayne Rooney wants to prove his qualities on the tournament. Also Gerrard will help England by winning matches. Normally this will the last world cup he plays of his career.

We can't forget Portugal, they have one of the best players on earth: Cristiano Ronaldo. But also the rest of the team plays in top competitions. Portugal have a lot of good defenders like Pepe and Fábio Coentrão. Coentrão has to play together with Cristiano Ronaldo on the left and Pepe has to defend the attackers of the opponent. But Portugal have some midfielders with special qualities as well. Nani has to give the attackers the pass from which they can score a goal.

Belgium have Eden Hazard, [[Romelu Lukaku] and Vincent Kompany in their squad. Players which all play in the Barclays Premier League, the highest level in England. Kompany won with his club Manchester City F.C. this season the title and Hazard finished with Chelsea F.C. third. These two players are both in top conditions. Also Lukaku had a good year with Everton, who loaned him from Chelsea and surely want to help Belgium to the world cup.

The Netherlands have very good attackers. Robin van Persie and Arjen Robben are the leaders of the Dutch national team. However Van Persie didn't play a lot of matches for his club Manchester United F.C. this season, however he played the last matches quite good. Robben is at his maximum nowadays. He did have a good season with Bayern Munich. We're sure these players will help the Netherlands by winning matches this tournament.

What do you think? What players will shine and which players won't fulfill the expectations?

Retrieved from "https://football.fandom.com/wiki/User_blog:2Actimv/2014_FIFA_World_Cup:_Prediction_of_the_Players?oldid=114885"
Community content is available under CC-BY-SA unless otherwise noted.