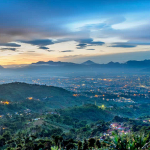 I am Hexarafi, you can call me Rafi or Hexa. I know football when I was 5 years old, Persib Bandung is the very first club that I ever know. In 2010, my father gave a newspaper to me, and I saw news about 2010 FIFA World Cup and I found it interesting, since then, I start to watch football, "learn" all about that, and play football games (Pro Evolution Soccer) in PlayStation 2. I am fans of Everton and FC Bayern Munich, as well as the local team Persib Bandung.

Other players to add

Players who have played (in league match) since then.

Retrieved from "https://football.fandom.com/wiki/User:Hexarafi?oldid=271215"
Community content is available under CC-BY-SA unless otherwise noted.