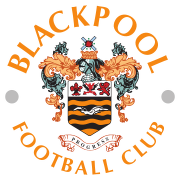 Along with competing in League One, the club are also participating in the FA Cup and EFL Trophy. They were knocked out of the EFL Cup in the first round.

Retrieved from "https://football.fandom.com/wiki/2020–21_Blackpool_F.C._season?oldid=284957"
Community content is available under CC-BY-SA unless otherwise noted.